The Truth about Venture Capitalists and Angel Investors

This article was originally published on the Fortune Insider’s Network.

When prospective entrepreneurs prepare to strike out on their own, they usually don’t know the challenges they’ll face. They have a dream. And they may have a solid business plan, but they usually don’t have a realistic idea of where the capital will come from to start and fund their new venture.

Angel investing numbers aren’t much more promising, either. The most recent Halo Report from the Angel Resource Institute at Willamette University shows that in 2015, the most recent data available, the majority of angels invested in high-growth sectors. Software and the ever-changing health care sectors comprised 48% of all angel group deals in 2015. Commercial services companies scored just 8.7% of the deals, and consumer goods and recreation sector companies captured just 2.4% of all deals that year.

It’s important for entrepreneurs to not only understand the funding options available to them—like crowdfunding and online loans—but also to thoroughly evaluate the long-term carrying costs of each. I’ve seen it happen time and time again where a start-up obtains quick funding through an online loan, only to find that interest rates and monthly payments are sky high. This results in paying significantly more than what the original loan was worth and can burden a business for months, even after the last payment has been made. Many financing companies now offer platforms that allow individuals to identify, evaluate, and apply for various forms of funding at once, so it’s important to take advantage of these tools and do your due diligence.

There’s also the option of not securing funding at all and using only what you have available, which is the route my partner and I took when we started Guidant Financial in 2003. We pooled our liquid capital (which amassed to about $10,000) to open our doors, and then immediately focused on how we could generate a fast return on our investment. For example, we found targeted online advertising worked very well for us. We pinpointed people who were looking for small business funding, and those leads became customers in 60 days or less, allowing us to reinvest quickly. We also started doing events and seminars early on, which was slow to generate business but was a great long-term branding play.

When it comes to financing a start-up, new entrepreneurs must remember that there are more options than chasing elusive angel dollars and venture capital. With the plethora of alternative funding opportunities available, time is better spent finding a company that can help secure the right financing option (while retaining equity) so entrepreneurs can get back to launching and operating a successful start-up. 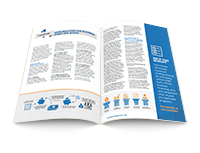 Withdrawing from Your 401(k): Should You Take a Taxable Distribution?

Before cracking into your nest egg, ask yourself the following three questions to help navigate your options and avoid unnecessary tax penalties.

401(k) Business Financing: Who Should Use It and Who Shouldn’t

Here’s a look at both what makes someone a great fit for ROBS and who should fund their business through other avenues.

On Dec. 22, 2017 President Trump signed the largest tax reform in a decade into law, which will took effect for the 2018 tax year. The majority of small businesses

There are a lot of myths swirling around about the use of Rollovers as Business Startups (ROBS) that may be stopping would-be entrepreneurs from chasing their dreams.