Someone told us once that beer is social lubrication. Beer gets people talking. It’s just a great conversation piece. I’m Suzie Ford with NoDa Brewing Company.

I’m Todd Ford, I’m co-owner of NoDa Brewing Company. Previously, I was an airline pilot who was getting maybe disgruntled with being away from home so much. My wife was in the banking industry and I think there were a lot of ups and downs at that time in the financial industry.

We’ve been home brewers since 1995 and we had home parties and they got bigger and bigger and people started saying, “Oh, you should start a brewery.” Before we knew it we had contacted Guidant, had our plans down to be able to fund a brewery and we were underway.

During my last few years as an airline pilot I kind of focused on remaining on the West coast as far as flying. One of my favorite layovers was Portland, Oregon where I visited a lot of the local breweries and fell in love with one very small brew pub in Portland that did this new unique beer every single week. We’d like to take the same idea back to East Coast.

We like the challenge of making a new beer every single week and now we’re almost 2 years into it and we’ve never duplicated a beer yet. Brewing is a very intensive business for utility usage for water, gas. So, we try to make ourselves as energy efficient as possible. We try to take the waste products that we generate here at the brewery (mainly the spent grain from the brewing process) and use that for good too. It’s given to local farmers in the area that feed that to their cows to their livestock.

We also have a few neighbors that have chickens and they will bring buckets and we will fill their buckets up and their chickens eat the grains and absolutely love it.

A lot of times those same animals are sold in stockyards nearby and that product ends back up in the local farmer market, so it’s very possible that the chain, that circle of life, for the consumers remains very tight and stays here Charlotte.

Guidant is a perfect vehicle for small business to get established. We would not have been able to start the brewery without them. They make it very easy, they send email reminders. They want to make sure we’re up-to-date on all the laws, all the changes. It’s nice to have that backup of someone in the recordkeeping department that really, I believe, cares.

So, this was an opportunity for us to spend a lot of time together. Plus, we get to build a business together and we get to craft it in our own way.

We’ve nurtured this from day one and are watching it grow and have been able to spend more time together which has been wonderful. 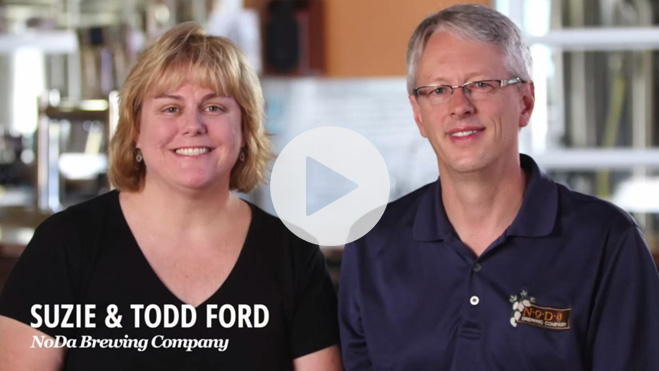 Guidant is a perfect vehicle for small businesses to get established. We would not have been able to start the brewery without them.

Suzie & Todd, Noda Brewing Company; Charlotte, NC For husband and wife Todd and Suzie, the key to spending more time together was small business ownership. With Guidant’s help, the couple transformed their long-time home-brew hobby into their dream business. 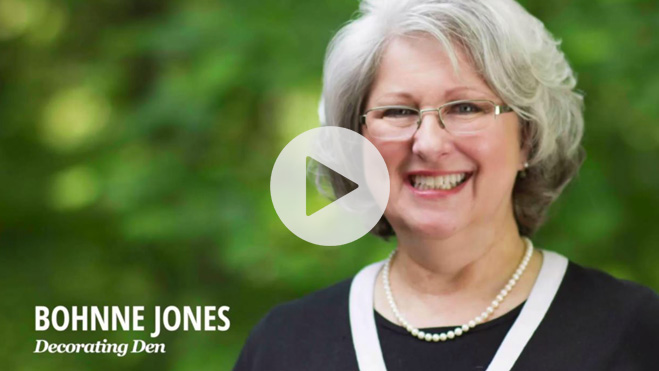 [Guidant walks] you through the entire process of buying a business. They make sure you are set up for success. You are in business for yourself, but you are not by yourself.

Bohnne, Decorating Den; Nashville, TN After experiencing a series of layoffs, Bohnne was ready for a career makeover. She took control of her future and embarked on an encore career as a business owner.

We wanted to start our business using our 401(k) funds, but we had no idea how to do it. Our friend told us about Guidant Financial, and so we contacted them and had a great experience.

Rand & Janeel, eyeSmith Sport & Fashion Optical; Kansas City, MO After raising eight children, Rand and Janeel were ready to start a new chapter for their family. The couple put their past business experience to good use and tapped into their retirement funds to start an independent eyewear business.

The one piece of advice I would give to entrepreneurs is [to] just go for it … There’s a lot of things you have to think about, but just say ‘yes, I’m going to do it.’

Richard and Jo-Anne The Parsonage Inn; Cape Cod, ME After 30 years in the airline industry, traveling the world and raising five children, Richard and Jo-Anne wanted to tackle a new adventure: business ownership. Guidant helped the couple buy an existing business so they could enjoy being their own boss for once.
View More Testimonials