Here’s a look at current POC-owned small business trends and what to expect in the coming year. 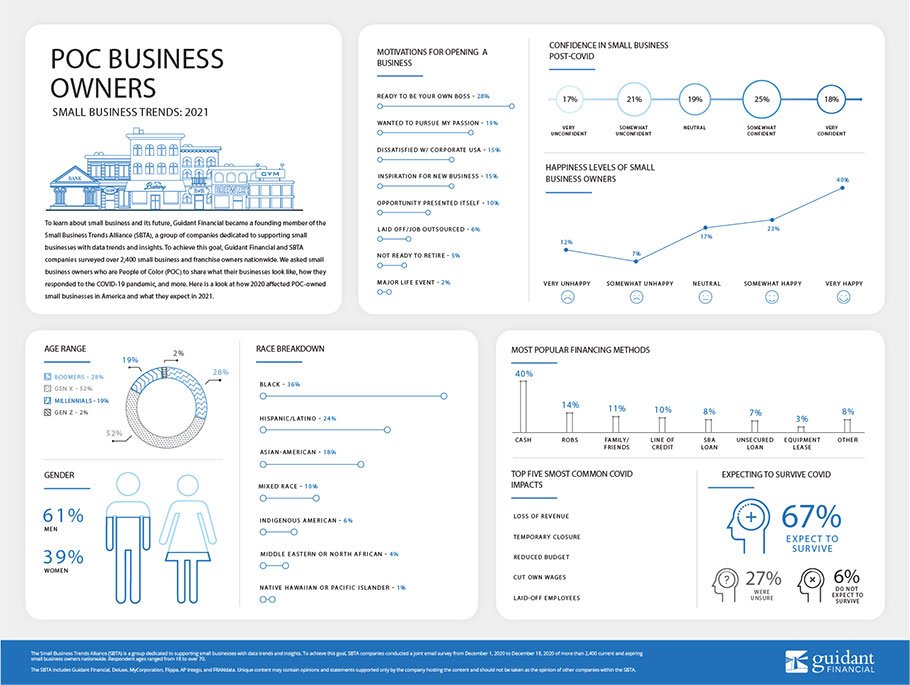 Who are POC Entrepreneurs in America?

Comparing POC and white survey respondents shows a higher percentage of Women of Color (WOC) in small business, with 39 percent of POC identifying as women versus 30 percent. Both percentages have increased year over year.

The top reasons that POC entrepreneurs started their small business was readiness to be their own boss (28 percent), pursue their own passion (19 percent), and dissatisfaction with corporate America (15 percent) – the same top reasons seen within responses from white entrepreneurs. However, the biggest difference between the two groups was getting into business because of the inspiration for a new business idea: this was the reason for 15 percent of POC entrepreneurs to start their businesses, but only seven percent of white small business owners.

Multiple studies have shown small businesses owned by POC have struggled more than white entrepreneurs during the COVID-19 pandemic, especially Black small businesses. Results of the Small Business Trends survey delved deeper into how these struggles vary between groups and how POC entrepreneurs are turning to creative and innovative methods to survive.

Learn more about Small Business and the COVID Pandemic.

*The Small Business Trends survey was performed before the January 2021 stimulus act was implemented.

On average, both POC and white small businesses owners are neutral on how confident they feel about small business given the political climate. POC, like other future-looking topics, skew towards being more neutral or unconfident, which may result from their greater struggles during COVID and with receiving financial aid.

* Note: The Small Business Trends survey was performed before the events of January 6, 2021 at the US Capitol.

What Is It Like Being a POC Small Business Owner in 2021? 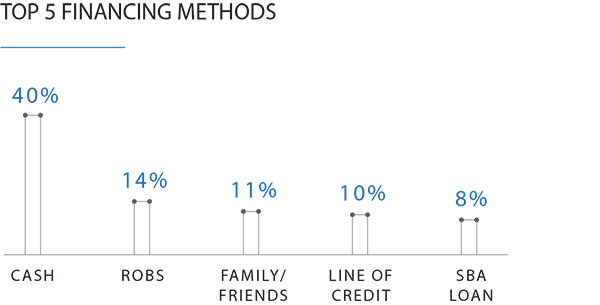 Lack of capital or cash flow remains the biggest non-COVID challenge for POC small business owners, as it has been in the last few years. Thirty-three percent of respondents reported lack of capital or cash flow as one of their greatest problems, while recruiting and retention of employees received 17 percent of the share and marketing and advertising received 16 percent. Only 20 percent of the share of white respondents said cash was their biggest challenge in the last twelve months, demonstrating the greater challenges POC small business owners have in receiving funding.

Despite the difficulties raising funds, more POC small business owners (13 percent) want to open a new location of their business than their white counterparts (9 percent). POC small business owners also have big ambitions for the year, with 61 percent planning on expanding or remodeling their businesses, 51 percent investing in digital marketing, and 46 percent planning to increase their staff.

The Future for POC-Owned Small Businesses

With more governmental assistance and a resilient, determined attitude for future success, POC-owned small businesses will sustain through 2021 and hopefully, begin to rebuild at the same time.